Turkey is a country between two worlds — Europe and Asia — and there is no way that such a peculiarity didn’t have any effect on the place. Service here is no worse than in Europe, while the prices are surprisingly moderate.

Resorts, open all year round, are full of fancy five-star hotels. Tourists also love Pamukkale — for its spa and interesting architecture. Exclusive yacht and bareboat charters will help you grasp the unique, perhaps even controversial, spirit of Turkey.

Turkey is encircled by seas on four sides: the Aegean Sea, the Black Sea, the Marmara Sea, and the Mediterranean Sea. There is a harbor in every resort, and your captain always knows which one of them is fit for the yacht.

Clean sea and comfortable climate are a true inspiration for a yacht tour in Turkey. The peak season is between May and October, with temperatures around +29 °С at the time. To avoid crowds of tourists in hotels and on beaches, rent a boat with an experienced captain and go on a cruise. 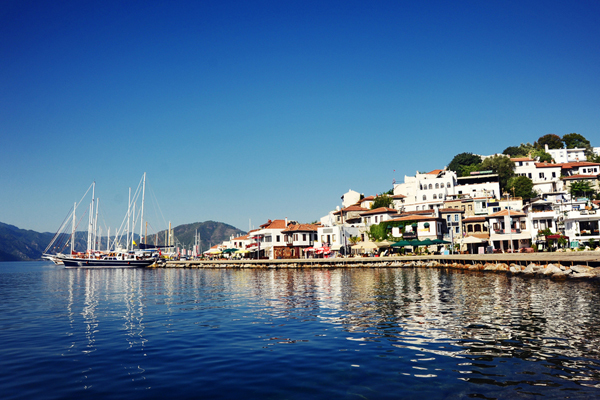 If you want to rent a yacht in Turkey, don’t forget to plan your itinerary. Here are some suggestions:

1. Bodrum, the Aegean Sea. Yacht tours usually begin from the Port of Bodrum. Bodrum itself is filled with antiquities. As in many other places in Turkey, in its place, there once was an ancient city of Halicarnassus. The main landmark of Bodrum is called Mausoleum at Halicarnassus, one of the Seven Wonders of the World. The islands nearby — Orak and Yassiada — are perfect for diving.

2. Antalya, beach resorts. The lovely harbors of Phaselis and Damlatas Caves near the city of Kemer… There are amazing diving sights, as well: a sunken French ship and underwater caves. But don’t just enjoy the sun and nature, there is a lot to learn here. For instance, in Phaselis, there are some ancient ruins such as and aqueduct, a third-century BCE town fortress, and some temples.

3. Marmaris, south-west, between the Aegean and the Mediterranean seas, Rhodes nearby. By the way, the Rodos Cup, a famous regatta, is held there every year. As for Marmaris, its coastline, with beaches and small harbors, is heavenly.

4. Fethiye, another prosperous resort to the south-west of Turkey. Mountains on one side, the Mediterranean Sea on the other, cozy harbors — and the city is full of ancient constructions!

5. Göcek, yachting region of Turkey. Real Turkish baths are certainly better than hotel pools and bathtubs. Once a week, the largest bazaar on the East opens here, so that you can shop for various foods and souvenirs.

Yachting industry in Turkey is prospering, and several boat shows are held there every year. Istanbul hosts one of the largest — the Boat Show Eurasia. If you want to learn about the latest boats or buy your own, visit this event in February.

Every yacht charter is unique. GetBoat.com managers are always ready to help you with the planning. 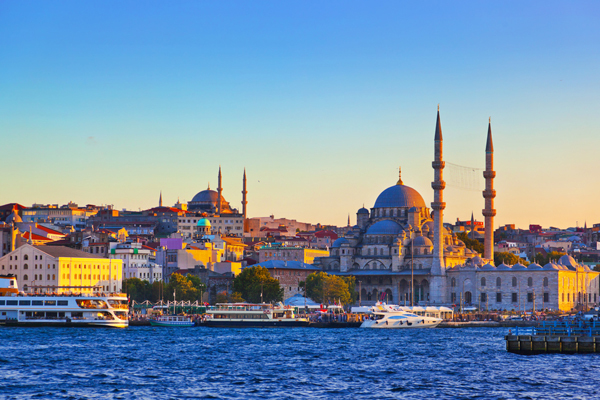