Thailand is one of the exotic resorts of Southeast Asia, along with Malaysia, Myanmar, Laos, and Cambodia. To the east of the country, there is the Gulf of Thailand, or the Gulf of Siam, and to the west—the Andaman Sea. The islands surrounding the country are popular tourist destinations.

Chartering of yachts and cutters in Thailand is a great opportunity to explore the region: you may visit sandy beaches, ancient temples, and crowded and noisy markets. The beach season in Thailand begins in November when the tropical rains are over, so it is better to rent a yacht in winter or at the beginning of spring.

While on a yacht, you can easily reach secluded harbors and wild beaches, discover new islands, explore coral reefs with a scuba set, or sunbathe under the palm trees.

There are more than twenty-five operating ports in Thailand. The largest of them are located in Bangkok, Chon Buri Province, and Map Ta Phut. Private boats may moor at other marinas such as Wua Kantang, Krabi, or Phuket. 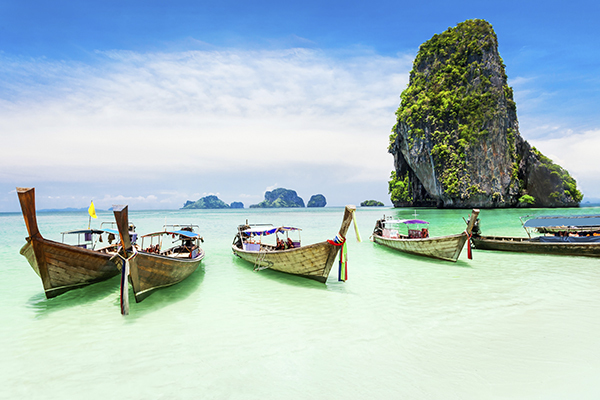 Phuket is the largest island of the country where you can relax on the beach, buy exotic fruits, and plan the next stops of your sea trip. The most interesting locations for a yacht tour in Thailand are located to the east and to the west of Phuket:

1. To the east of Phuket, there are the Phi Phi Islands. Ko Phi Phi Don, where The Beach (2000) with Leo DiCaprio was filmed, is the only inhabited island. There are several berths from which you can quickly reach several interesting dive sites such as a sunken ship, for example.

2. Phang Nga Bay is famous for its secluded lagoons. Moor your yacht at Khao Phing Kan Island or at so-called James Bond Island first, and then take a kayak, as the lagoons can be reached only by them. Divers are going to love this place because there are numerous underwater caves.

3. Krabi Province of more than 130 islands with a long coastline, white beaches, and transparent waters is located in the Andaman Sea. Krabi River Marina is the best berth, though there are private ones along the coast. Swim with colorful fish at Koh Hong, visit Talay Waek which consists of three islands, and definitely stop at Phra Nang beach to visit a cave dedicated to the goddess of Fertility.

4. To the west of Phuket, there are the Similan Islands where the very king of Thailand usually goes on a vacation.

5. Divers are going to love the Surin Islands: only within fifteen kilometers from the place, there is Richelieu Rock—one of the best diving destinations of the Andaman Sea.

Fans of yachting may also visit the King's Cup, an international regatta held every December since 1987. Boats of various types, from catamarans to sailing boats, compete for the prize. You can rent a yacht in Thailand for a regatta or a cruise on GetBoat.com. 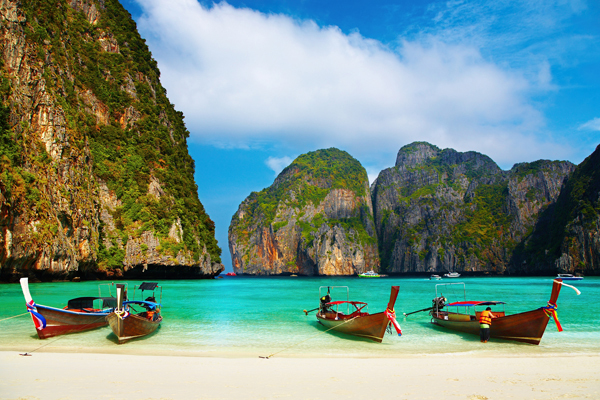