San Francisco is a city in the North of California. The territory is washed by the Pacific ocean and San Francisco Bay. Tourists come here to see the famous Golden gate bridge and Alcatraz prison, but also for boat trips. At the end of the XIX century, there were yacht clubs in San Francisco — St. Francis and Encinal. They are known for the fact that there are more than 200 berths on their territory and you can go yachting. A modern yacht clubs of Richmond and Corinth annually conduct a large-scale racing and the regatta.

Every traveler has the opportunity to rent a yacht in San Francisco to see Alcatraz, Angel, Alameda islands and the habitat of seals. Get ready for your holiday. It will be unforgettable.

The climate is considered cooler than in other major cities. In January the temperature reaches +8 °C, and in September the air warms up to +21 °C. The tourist season lasts from June to mid-October.

San Francisco is famous for its parks and beaches. There are more than 200 places for sunbathing, some of them are included in the recreation area Golden gate. The most popular is the Ocean Beach, where surfers and divers spend a lot of time. A 15-minute bus ride will take you to Baker Beach, where families with children can relax. To the North, it is wild and sparsely populated Marshall beach. All the beaches are sandy and wide with a gentle entrance to the water.

Boat Charter in San Francisco is considered a popular way of spending time. Give yourself this unique experience to try on the role of a brave captain. Whichever boat you choose, be sure to visit the following places as part of your San Francisco yacht tour:

1. Angel Island State Park. This is a state reserve, where nature is preserved intact. A hundred years ago it was an important point on the way to the US for immigrants from Asia and Russia. Now you can walk under the centuries-old pine trees, admire the lakes, swim in the hot springs.

3. Oakland. Visit the Viaduct harbor, where the yachts are moored, the ships are working round the clock bars and cafes. Go to the oldest Park Domein, which is located on the site of an extinct volcano. The sunset can be seen on the beach of Mission Bay to admire the views or take a ride on the jet ski. 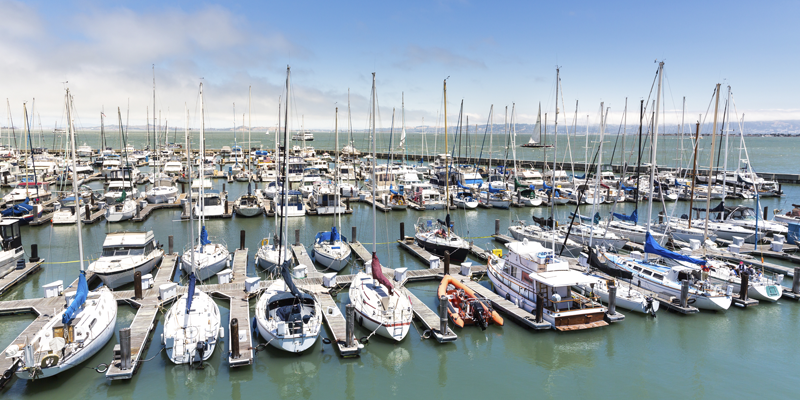 4. Sausalito. It is a cozy small town where exhibitions of contemporary art or theatrical performances are often arranged. Along the long promenade built small houses with white walls and tiled roofs. Tourists can go diving or swim on an underwater motorcycle.

5. Brooks. Tourists come here to visit the regional reserve Brooks Island with amazing fauna and flora. Some trees are more than 500 years old. On the island, no one lives — the only caretaker of, which polices the order. The entrance is only at the passes.

If you arrive in San Francisco from another city by boat, you can dock at its city port, which includes 45 berths. If you are traveling on your own, be sure to arrange a mooring with the port authority. It is best to go on a cruise on a yacht with a skipper in San Francisco. You create your route, explore the neighboring Islands and cities, while there is no unnecessary haste and bustle. Plan your vacation the way you want it.