Tourists from all over the world love Greece. Located on the southern tip of the Balkan Peninsula, this country, with its glorious past and warm climate, has a lot to offer. In summer, the temperatures on the south rise to +37 °С, and the air is dry and hot. It is especially hot between July and August. On the north, the climate is milder: during the day the temperature rarely exceeds +30 °С, and during the night it can go down to up to +18 °С. Time between April and October is perfect for travelling to Greece.

The country is encircled by three seas: the Ionian Sea, the Aegean Sea, and the Mediterranean Sea. As the years pass by, yacht and bareboat charters in Greece are becoming more and more popular. Plan one-day or longer yacht trips or go on a yacht cruise to experience new and amazing things.

In Greece, there are five main seaports which accommodate both small sailing boats and superyachts. The Port of Piraeus ten kilometers away from Athens, with two million passengers every day, is the largest in the country and the third largest seaport in the world. The Port of Thessaloniki is the main trade center of the country — up to 75% of foreign ships arrive here. Tourists usually travel through the Port of Volos, one of the oldest seaports in Greece. There are two smaller ports, as well: only the ships voyaging through the Aegean Sea stop at the Port of Salamis and of Elefsis. 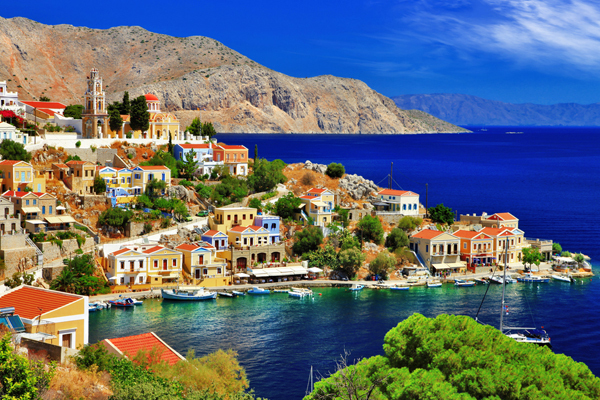 If you plan a yacht tour in Greece, we recommend visiting the following places:

1.  Hydra, southeastern part of the Peloponnese. It is a true museum under the sky. In Hydra, antiquity is in the air. There are famous eighteen and nineteen-century mansions, definitely worth seeing, such as Voulgaris, Boudouris, or Miaoulis Mansions. Besides, there are more than 300 ancient temples on Hydra. Tourists usually visit the famous Panagia Faneromeni and Prophet Elias churches. At the Melina Merkouri Cultural Center, one will see the best pieces by local artists and sculptors. Walk the Hydra narrow streets to feel like you truly belong there.

2.  Aegina, the middle of the Saronic Gulf. Temple of Aphaea, with its two thousand years history, is the oldest building here. Visit the nineteen-century Archaeological Museum of Aegina to study ancient dishware, coins, and weapons. There are more than twenty beaches open for everyone, and Agia Marina is the most famous one. Don’t forget to pass by a small village of Perdika to try fresh fish and pistachio nuts.

3.  Spetses. Try the best wine of Greece in local restaurants, learn traditional dances, make your own olive oil, and have dinner at the famous Liotrivi Restaurant while enjoying the view on the Argolic Gulf.

4.  Santorini, the island with crystal clear water and black volcanic sand. The first theater, the Olympic games, democracy—this place has a lot of history. The village of Oia, with its Medieval houses, is a nice addition. Don’t forget to visit Akrotiri — in 2000, the remains of the small city destroyed after a volcano erupted three thousand years ago were found here.

5.  Epidaurus. The Ancient Theatre of Epidaurus, where numerous festivals are held, is the main island attraction.

Boat shows and exhibitions are constantly held in Greece. In February, Athens, the Athens International Boat Show gathers the yacht fans to exhibit new ships and catamarans. In May, the East Med Yacht Show is held to promote luxury yachts. Promotion of sea tourism in Greece is in general the main goal of such events.

Go on GetBoat.com to rent a yacht in Greece. During your trip, you will see the most exciting places. You may walk in the captain’s shoes and navigate the boat. Conquer the seas! 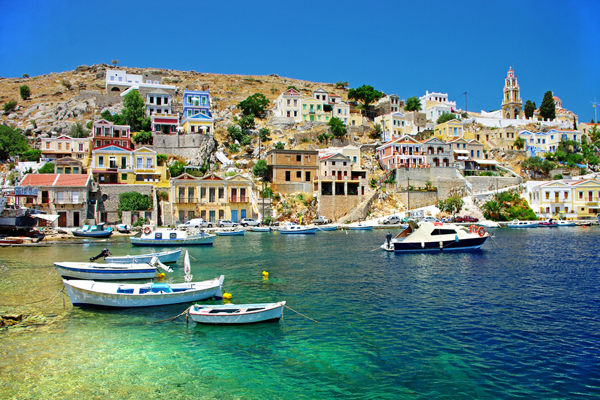