Antalya is the largest city in Turkey and a popular resort on the Mediterranean coast. The first mention of it appeared 1.5 centuries ago BC. As a tourist destination Antalya began to be perceived in the mid-1970s, and today more than a million travelers come here every year.

The warm sea attracts tourists from all over the world. Here you can go Windsurfing and wakeboarding, learn how to fly a Board and learn how to control a jet ski, as well as try surfing and diving. Yacht rental in Antalya is very popular. On the ship you can go to the open sea, go fishing and visit the neighboring bays or Islands. 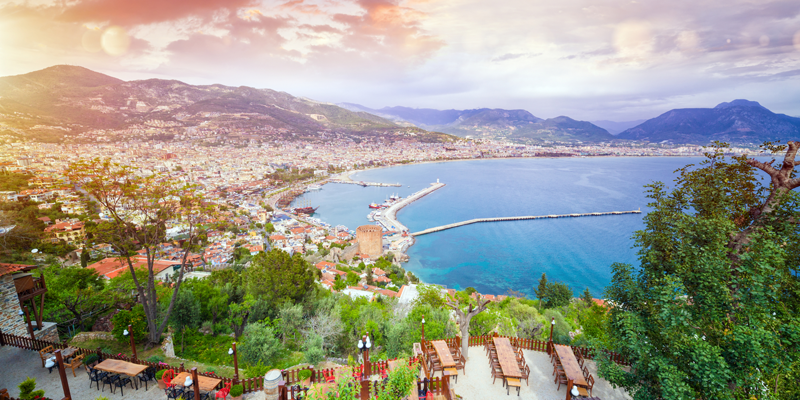 Antalya has a typical Mediterranean climate: summers are dry and hot, winters are mild and rainy. The air temperature warms up to +32 °C, and falls to +18 °C. The tourist season lasts from May till mid-December. Book a yacht in Antalya 2 weeks in advance to get the best rental price.

There are two ports in the city. The old Kaleici port is preserved due to the defensive fortress with 80 towers. Once Antalya was located inside this building. For 2000 thousand years hundreds of enemy ships landed on the embankment. The fortress stood and remained almost in the same look. There are old white houses with a tiled roof in the port. It is impossible to imagine Antalya without it. The second port, Akdeniz, is considered the most modern in the resort. This is a full-fledged multifunctional developed infrastructure facility with an equipped Harbor for ships of any length. The area of Akdeniz is more than 136 000 m².

Go on a yacht tour in Antalya to see:

1. Istanbul. Cultural and tourist center, the heart of Turkey. This city is beautiful because in the morning you can go on a tour, in the afternoon to bargain for a silk carpet, and in the evening to dine on a yacht in the open sea overlooking the lights of the eternal city.

2. Marmaris, Bodrum and Kemer. Each stop and go for a walk through the historic center. 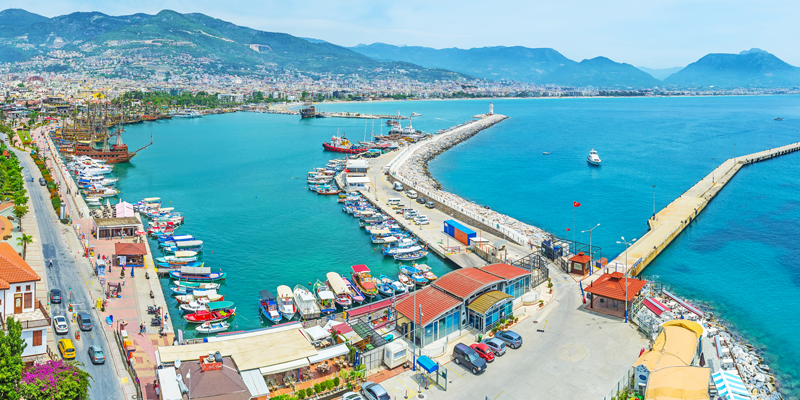 3. Gallipoli Peninsula. You will visit the ancient city of Eski Foca, Bergama, and Troy Eritrea. it is a good idea to walk around the grounds and swim in the small bays.

4. Ephesus. The ancient Roman city was actively conducted trade. Now you can see the ruins of an ancient civilization: the library Kelsie 117 year of our era, fragments of frescos of Church of chorus and the ruins of the Hippodrome.

5. Kayaköy. This is a real open-air museum. Kayaköy was founded in the XVIII century on the ancient place of settlement. Today it is called a ghost town. Population left the village in the middle of the XX century after the war and earthquakes. There are ruins of Greek-style houses and Orthodox churches on the territory. Be sure to visit this atmospheric place, and then enjoy a beach holiday in Soguk Su Koyu Bay.

Charter yachts and boats in Antalya is the great opportunity to spend time away from the many tourists and make an individual itinerary of sea travel. Look at Turkey from the other side, and it will appear before you completely different: amazing nature, sea air and a surge of waves.