Annapolis is a cozy and small town with a rich history and typical architecture of the XVIII-XIX centuries. There is the famous Naval Academy, where the best of the best study. Annapolis is washed by the Severn river and the Chesapeake Bay of the Atlantic ocean. Previously, the city was the capital of the United States, and now it has become a tourist center, where cruise ships and luxury liners depart for sea travel.

The city has a subtropical climate, so summers are hot and rainy, and winters are humid and with high rainfall. The tourist season lasts from may to mid-October. The temperature reaches +30 °C. Rent a yacht in Annapolis is best in autumn when the temperature is reduced to +24 °C, there are no strong waves and wind. 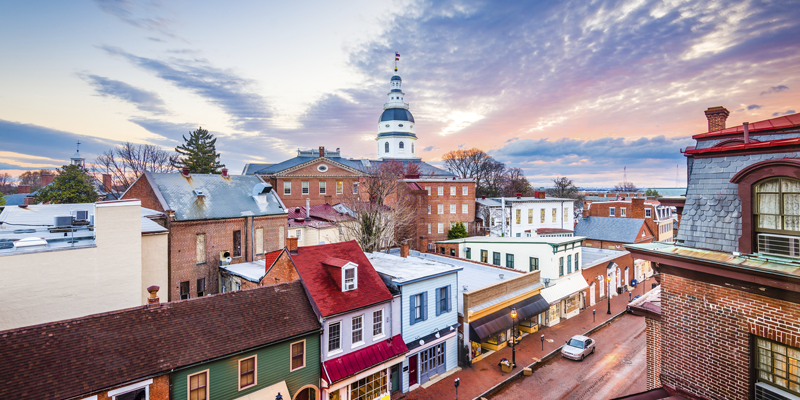 There are many luxury yachts moored in the city port, so Annapolis is often called the capital of sails. Tourists come here to admire the large and small ships. Many people prefer to use the boat charter in Annapolis to take a ride on the bay, admire the city from the other side or go fishing in the Atlantic ocean.

Annapolis is also famous for its well-groomed sandy beaches along the waterfront. Tourists from all over the world, as well as residents of Washington and Baltimore, like to come here for the summer holidays. The best beaches are considered ocean city beach, breezy point beach, Elms beach Park, North Beach and Betterton beach. From 09.00 to 21.00 you can rent sun loungers, umbrellas and necessary equipment for water activities: diving, skimboarding or bodyboarding.

When planning your vacation, we recommend you to visit the following places during a yacht tour in Maryland:

1. Kent. It is the largest island in the Chesapeake Bay and at the same time a historic place in Maryland. To the East, the canal separates it from the Delmarva Peninsula. Visit Trepan nature reserve, go swimming race in sandy Bay are options how to spend your free time, a lot. In the evening, you can prepare a fresh seafood dinner on the yacht and take part in the night regatta.

2. Thomas Point. This is a remote natural area of the United States, which recreated the life of the first settlers and opened a theme Park. There is also a lighthouse. The observation deck offers stunning views of the surrounding area and Phishing Creek Bay. Tourists often go there for fishing. 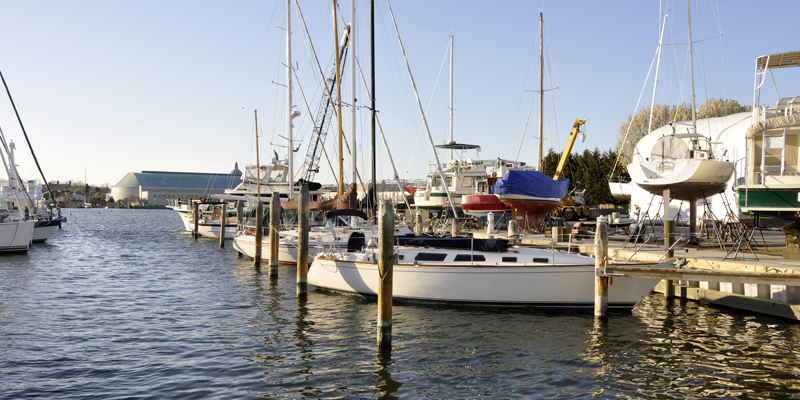 3. Poplar. Another green island, where competitions reminiscent of iron Man competitions are held. You can become a member or visit one of the many spa centers in the center of the coniferous forest.

4. Tilghman Island. Here you can swim in small bays, take master classes in diving or learn how to kayak.

5. Norfolk. One of the oldest cities in the United States. Spend the day visiting the Edgar Allan PoE Museum, George Washington manor or Shenandoah Park.

The United States Sailboat Show takes place every year in early October in Annapolis. It is one of the largest and oldest exhibitions in the country. The exhibition presents new models of sailing yachts, equipment for the ship, electronics and special clothing for yachtsmen.

A yacht with a skipper in Annapolis will be an unforgettable source of new emotions for you. You will be able to control the ship, plan your route and make stops where you liked the most.