The Ocean Globe Race is planned for 2023

The Golden Globe Race has announced the retro-race for the 50th anniversary of the Whitbread Round the World. The participants will pass through the globe along the route of WRWR 1973.

The first Sunday Times Golden Globe regatta took place in 1968 when sir Robin Knox-Johnston won. 5 years later, the British yacht club and Whitbread Breweries organized a race with a full crew. The Whitbread Round the World Race eventually renamed the Volvo Ocean Race, and after — in Ocean Globe Race.

Regattas became a professional sport. Experienced yachtsmen with expensive vessels and the necessary devices participate in races that are dreams for ordinary sailors. In the Ocean Globe Race the usual crew will be able to test themselves.

The founder of the race and Australian adventurer Don McIntyre told:

"For the first time in 3 decades, ordinary sailors and yacht owners have an opportunity to experience racing around the world in an affordable, safe and fun way. You don’t need to be an elite sportsman nor require a huge support team. And as far as budgets go, the cost of a campaign need not cost any more than one half of one foil on an IMOCA 60."

The organizers want to return the round-the-world regatta to the classic format. The conditions of the Whitbread Round the World Race are both strict and real. Almost 50 years ago, the sailors did not use GPS-systems and phones. As at the Golden Global Race 2018, the route will have to be built with the help of  sextant plots and paper maps, and communicate with VHF-radio and SSB. The route will pass through Europe to Africa, then to Australia and back to America. 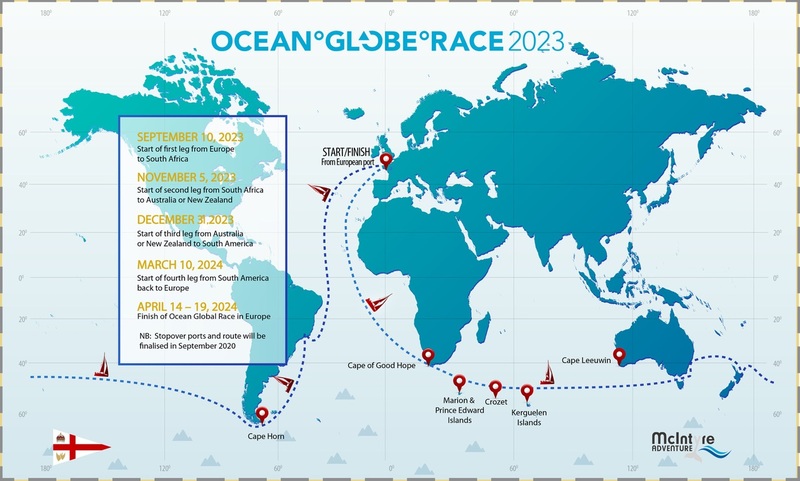 The vessel of each crew shall not be newer than 1988. September 10, 2023 dreams will be released on sailing boats with a length of 47ft to 66 ft, including cruisers from the Finnish shipyard Nautor's Swan. By the way Ramon Carlin's crew came on the first WRWR won on  Swan 65. The fleet will consist of 30 ships divided into 3 classes: Adventure, Sayula, Flyer and other sailboats up to 68 meters.

The Ocean Globe Race is designed to inspire all sailors, from amateurs to professionals, to new victories and discoveries.