Boat Mr Steven is equipped with a new net

The American corporation and manufacturer of aerospace engineering SpaceX has upgraded the boat Mr Steven. The vessel was equipped with a 3700 m² net to catch noses.

The Mr Steven is a boat designed by Elon Mask. Its goal is to catch fairings, that are disconnected from a rocket after the launching and sink in the ocean. The inventor believes that fairings can be caught and reused, but the Mr Steven has caught no valuable detail for 2 years.  A fairing costs about 6 billion dollars, and next year about 20 rockets are planned to be launched. 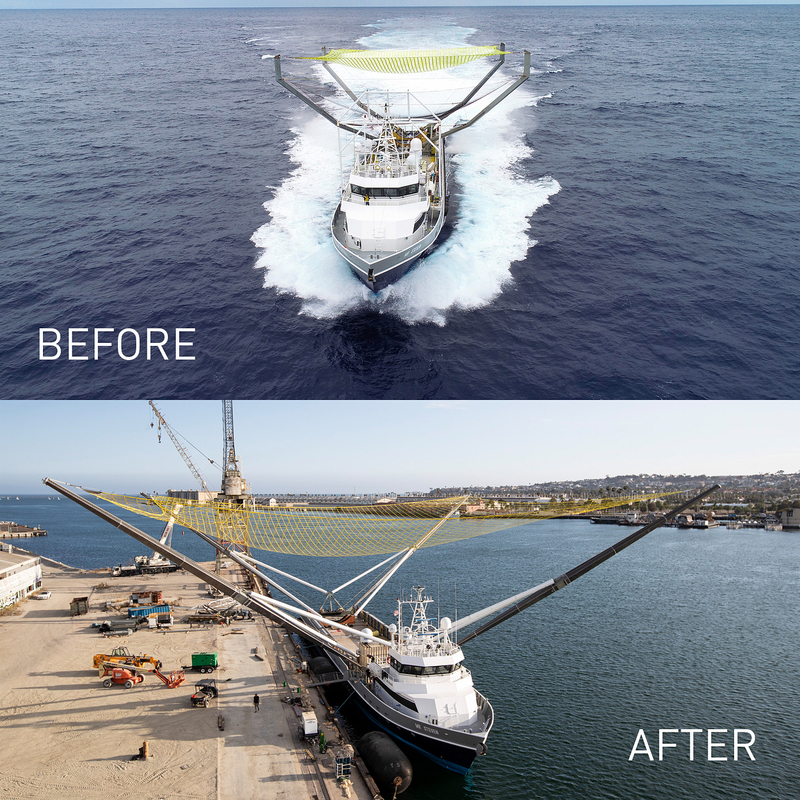 The 62-meter ship Mr Steven was built at the shipyard Gulf Craft in 2015. Despite the dimensions, it manages perfectly at 20 knots, when the maximum speed is 32 knots.