The second-largest city in Croatia, Split (Spalato in Italian) is a great place to see Dalmatian life as it’s really lived.

Split has a mild climate and the weather is generally good throughout the year, although winters can be somewhat unpredictable. It does snow, but not that often. Summers can be hot, with temperatures in the mid-thirties, and those seeking milder temperatures may prefer the months of May, June and September. The lower shoulder season temperatures are obviously more conducive to activity sports, such as hiking and cycling.

Step inside Diocletian’s Palace (a Unesco World Heritage site and one of the world’s most impressive Roman monuments) and you’ll see dozens of bars, restaurants and shops thriving amid the atmospheric old walls where Split life has been going on for thousands of years. To top it off, Split has a unique setting. Its dramatic coastal mountains act as the perfect backdrop to the turquoise waters of the Adriatic. You’ll get a chance to appreciate this gorgeous cityscape when making a ferry journey to or from the city. 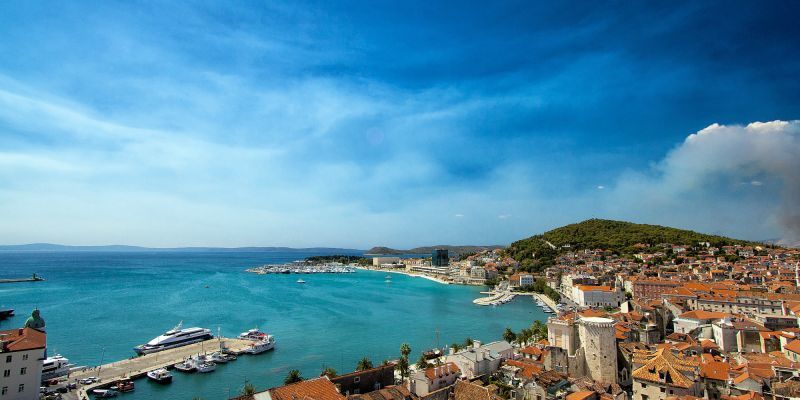 Split is often seen mainly as a transport hub to the hip nearby islands (which, indeed, it is), but the city has been sprucing itself up and attracting attention by renovating the old Riva (seafront) and replacing the former cement strolling ground with a marble look. Even though the modern transformation hasn’t pleased all the locals, the Riva is a beauty.

Straight out of the Adriatic Sea, the fishermen's catch on the menu in most restaurants is incredibly fresh. Get in the mood by joining local shoppers checking out the morning fish market on the western fringes of Diocletian’s Palace. Return here at night to dine on simple fried fish at Buffet Zlatna Ribica or take things up a notch next door at fine dining establishment, Nostromo. A heaving platter of white fish and shellfish is more than enough for two to share. Wash it down with superb local white wine, Posip. 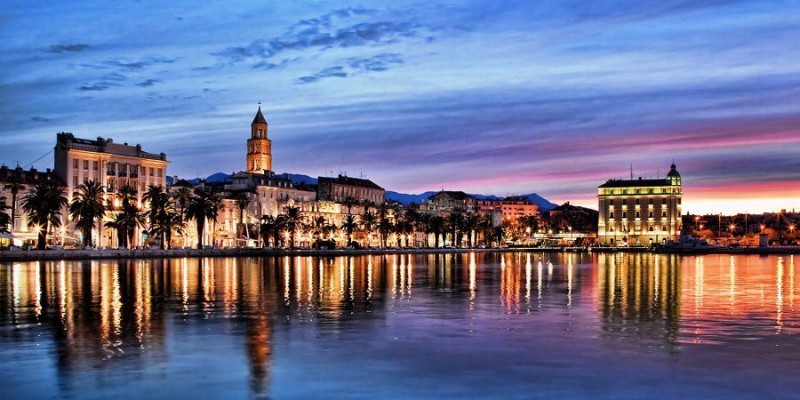 You’ll watch ferries manoeuvring in and out of Split throughout your stay, so make sure you actually get on one! Or you can rent one of our boats to travel to isles such as Brac, with the highest mountain on the Croatian isles, Hvar, with its chic island capital Hvar Town and rugged Vis, the most remote of Croatia’s 1,244 islands.